Development of a new crystal growth method for dislocation-free germanium

A new and original method has been successfully applied for growth of dislocation-free germanium (Ge) crystal. During the crystal growth, generally, germanium oxides are inevitably formed and such oxide particles floating on the Ge melt surface attach to the Ge grown crystal, resulting in generation of dislocations. Prof. Yonenaga’s group investigated the reactions during Ge crystal growth in detail and found that such particles could be completely removed by adopting B2O3 liquid. Ge melt was partially covered with B2O3 liquid and a dislocation-free Ge crystal was successfully grown from such Ge melt. This result has been published in Journal of Crystal Growth (online: on September 9, 2009). 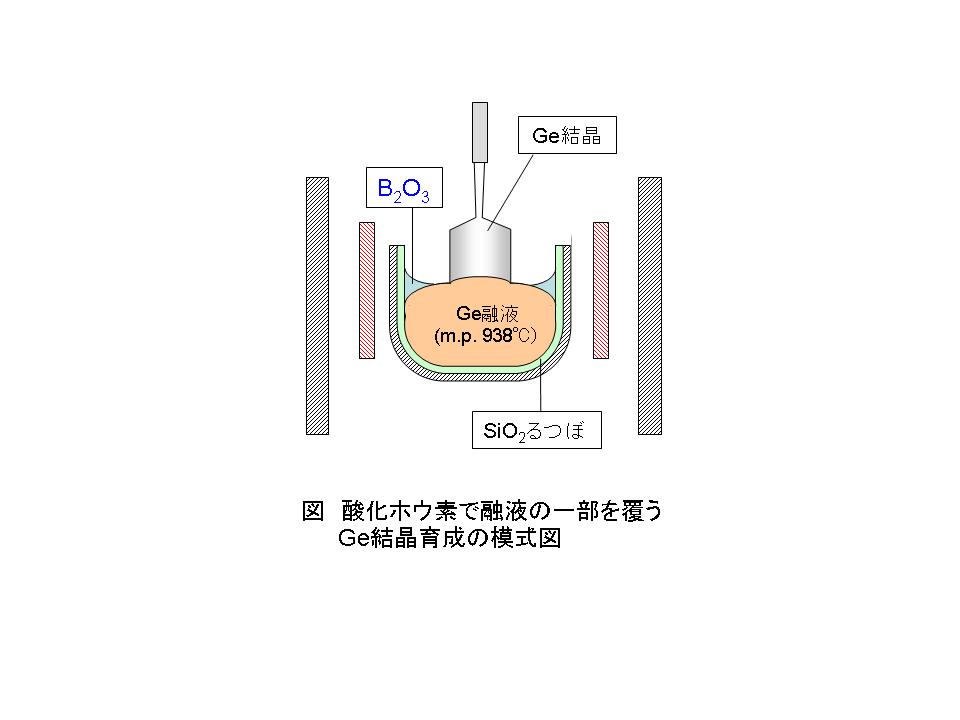