A biomedical cobalt-chromium-molybdenum (Co-Cr-Mo) alloy for artificial joints whose manufacturing technology has been developed in a collaborative project by Professor Akihiko Chiba of Tohoku University, Iwate Prefecture and Eiwa Co, Ltd (Kamaishi, Iwate) was first released for commercial application on April 16, 2012. Co-Cr-Mo alloys have been applied to artificial hip, knee and dental prosthesis for more than three decades. However, their insufficient fatigue resistance has been a long-standing problem, and there has been a great concern about metallosis (metallic allergy) resulting from the use of them. The Co-Cr-Mo alloy produced by the newly developed technology is expected to attract a great demand for allergen-free prosthesis materials due to its superior fatigue resistance. This technology development is a part of the project "New cobalt alloy cluster in Central Iwate-Kamaishi", supported by a Regional Innovation Cluster Program 2010 from Ministry of Education, Culture, Sports, Science and Technology of Japan, and appeared in newspapers, Asahi Shimbun (Iwate regional edition), Kahoku Shimpo and Iwate Nippo on April 17, 2012. 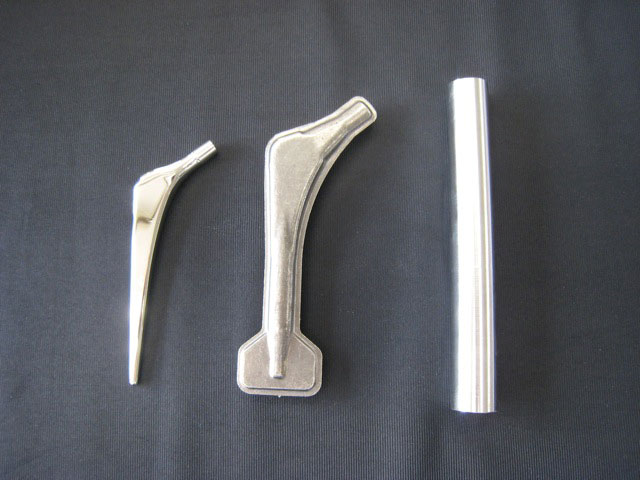